As my year in Spain came to a close I became increasingly filled with anticipation regarding what would come next. I was anxious to see my family and show my parents around Europe for the first time in their lives. I was also terrified that with my Fulbright grant I had officially peaked and would be beyond lucky to find a real grown-up job in my field of choice, ever. You know, a totally normal feeling for a 26-yr-old who’d just taken a year off to travel.

It felt like I’d been waiting forever but finally the day did come to see my family again. Those 10 months were the longest I’d ever gone without seeing them, and I learned that while it’s possible to go so long in between visits, it’s far from desirable.

Traveling with my family was…different from all the travel I’d experienced to that point. I’m glad to have had my sister with me as together we worked through the challenges of traveling with our parents. What do we have to show for it? Tons of pictures, a lifetime of memories and these 5 neatly packaged takeaways:

1. Where you stay matters
I met my family for the first time after 10 months in London. After embracing and laughing with excitement and exhaustion, my parents began to take a closer look at the hotel rooms we were staying in. They were less than pleased. My sister and I were shocked. My dad had left the planning up to us, and we’d gone back and forth repeatedly trying to find reasonably priced places to stay that were also nicer than where we would normally stay ourselves. Well, clearly she and I had stayed in one too many hostels to recognize quality anymore. Sis and I thought of a hotel as simply being a place to shower and sleep before heading out on adventures. When you’re traveling with family though, where you stay becomes a necessary refuge for recovery. Over the course of our trip, we would change hotels in two different cities.

Reunited at the Tower Bridge, my favorite place in London 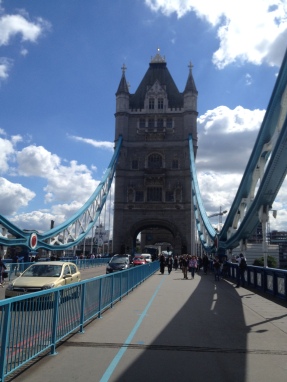 2. Walking is not for everyone
Both my parents enjoy going on walks, but a leisurely stroll is hardly the same as walking an entire city in a matter of days. To accommodate my parents, sis and I veered from our typical travel routine and planned to take public transportation as much as possible. Parentals were not thrilled. They’d rather have taxied. In some places, like Portugal and Spain, this wasn’t a terrible idea. In others, like Paris and London, it may have been. When I think back on our trip, it’s hard not to feel guilty about not choosing nicer places to stay (though it all worked out) and about pushing my parents to walk more than they found comfortable. In several ways, this trip opened my eyes to the truth no child wants to face — maybe my parents are getting older. On the other hand, maybe walking a whole city is just one specific way of travel and simply doesn’t mesh with every travel personality.

3.What speaks to you may not speak to me 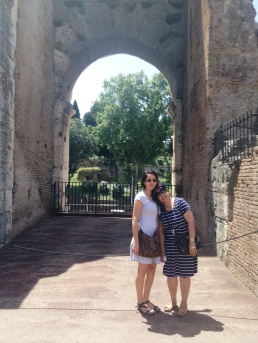 Mom is so over it

Perhaps the hardest pill for me to swallow was that my parents did not fall head over heels for Europe like I did. What’s more, my absolute favorite city on our itinerary was their least favorite: Rome. They couldn’t grasp its charm. The history did not resonate with them. Where I saw beauty and romance and adventure, they saw only ruins. They did not care for the food. I wondered repeatedly how I had managed to fail their expectations and fail Rome, and ultimately had to accept that beauty truly is in the eye of the beholder. My parents were unimpressed by the narrow streets that reminded them of crowded areas of the motherland they’d left behind, and were surprised by how defensive I became of the city. I think Rome is where they truly reaffirmed their intense appreciation for life in America. 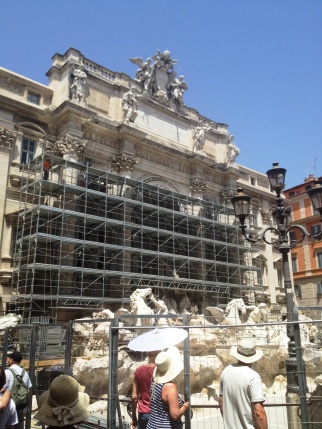 Trevi Fountain was under construction. This did not help Rome’s standing

4. Paris is always a good idea
Hands down, Paris was the highlight of our trip. There was plenty to see: the Eiffel Tower proved impressive, the boat tour was highly enjoyable, the Champs Elysees was wide and grandiose, and the food exceeded expectations. We were all happy in Paris, and even now my parents reminisce most about that leg of our trip. They even want to go back! So, Paris wins. 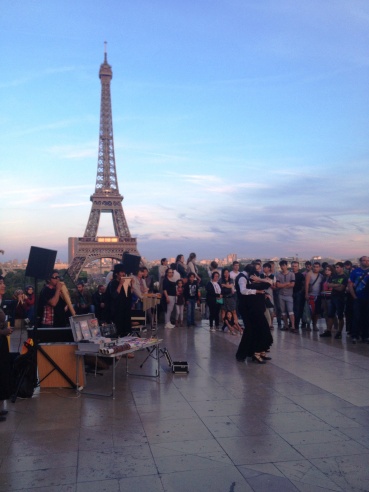 How could you not love this place?

All smiles in Paris 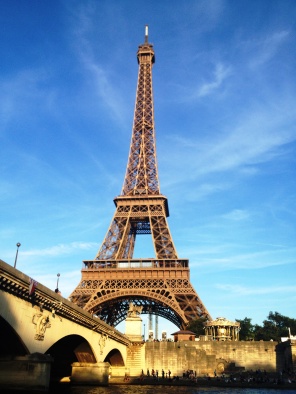 5. There’s nothing like family
Traveling with family is so completely different from traveling with friends. There were certainly some struggles, arguments and hurt feelings along the way, but in the end I aim to remember as many of the wonderful parts as possible: our train ride from London to Paris; visiting and touring the Ismaili center in Lisbon; sitting in the Lisbon airport listening to tales of my parents’ start in America; catching up with my sister in real time; knowing that however the experience unfolded, I was able to show my parents a part of the world they’d only ever imagined before.

Just chillin’ at the westernmost point of continental Eurpe

Fun in the sun in Segovia